Based on 22 reviews Write a review

Adding product to your cart

No subject is too dull for master engraver

No subject is off limits, no topic too boring for his wild imagination.

After completing the most epic hobo nickel ever, Roman wasted no time in raising the bar once again with his next masterpiece - the Gold Bug.

Roman’s Gold Bug and its hidden secrets are a nod to Poe’s story, which is considered the first nonfiction work of its kind to include cryptography; hidden elements readers must decipher to make sense of the story.

Our proudly customized stand that supports the precious Gold Bug coin and showing off its beautiful and detailed features. Who wouldn't love this stand?

What's In The Box

Can't wait to see it in real life? Here's a sneak peak of what's in the box!
A unique certificate for our officially licensed replica will be included,
together with the Gold Bug coin of your dreams with it's beautiful customized stand! 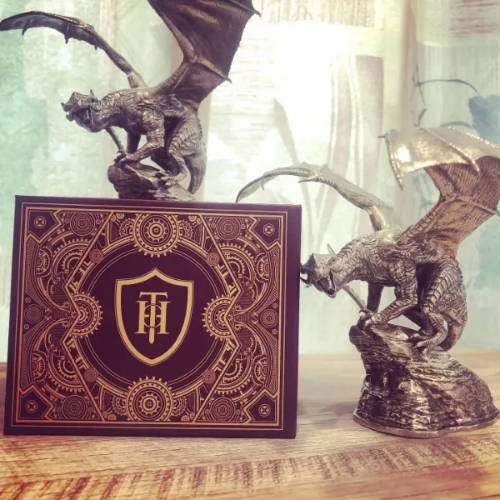 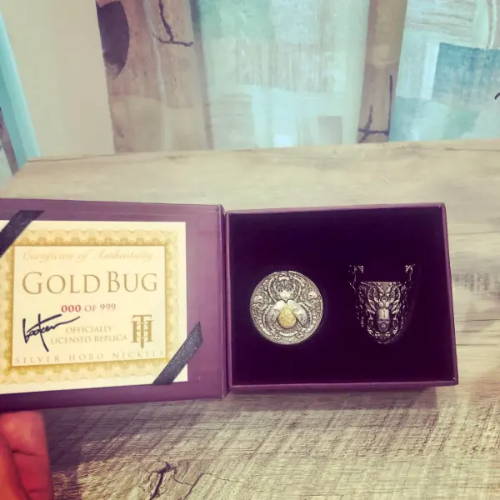 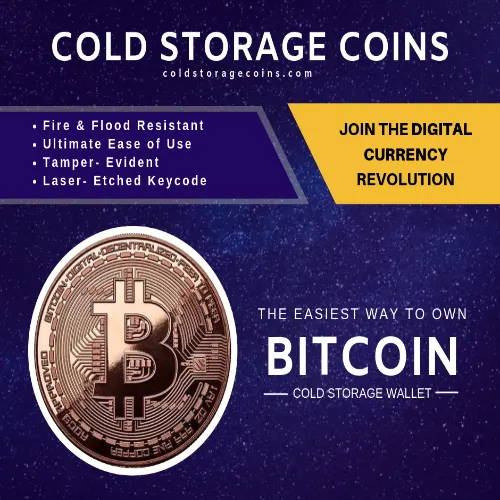 15 September 2019 - During the production phase, we decided the 22k gold wasn't giving us that gorgeous GOLD color we wanted.. There was only one thing to do - UPGRADE!!! Every Gold Bug coin will now receive the 24k Gold complementary upgrade. Quality is our highest priority!

With the Trap with the Golden Bait coin stealing the show in Berlin (World Fair of Money 2019), it was only a matter of time before collectors and dealers alike were anxiously waiting for the next release of a licensed Roman Booteen coin.

We didn't want to disappoint, so in April we announced the Gold Bug project in spectacular fashion at the Singapore Coin Fair. Attendees were treated to a live preview of the coin and our very own 3d artist presented the digital model of the Gold Bug coin.

Starting from scratch, getting the sculpt created to working out the mechanism function took approximately 140 hrs - and that's before we started prototyping! I think it's safe to say the artist had dreams about mechanical bugs for a long time!

HoLLOWING THE MORGAN WITH CNC

Ever collect silver coins? You've probably come across the Morgan dollar a time or two. It's pretty common, in fact there were 657 million Morgans produced between the years of 1878 and 1921. No wonder it's a go-to for both collectors and carvers! Did you know that the Morgan dollars were made in 4 different mints across the US, and all but the Philadelphia mint left a special "mint mark" on each coin produced in their facility. This special mint mark, appears on the reverse of the coin above the "o" in "Dollar".

For the Gold Bug, we used a CNC machine to create a space inside the coin for the mechanism. If the part is off by even a millimeter the results could be catastrophic - just kidding! But it would result in a rejected piece which sends us back to the drawing board.

Something AMAZING is coming!! Check out our live digital sculpting at the Singapore Coin Fair #secret #coinnews #comingsoon

Roman Booteen does it again.

Our team - through painstaking effort - was able to once again replicate the Master's work.

But the time & cost to do so was way beyond what Roman originally invested in the project.

Your Chance to Own...

A Piece of History

It's unknown if the lucky buyer who snagged Roman Booteen's original Gold Bug will ever put it up for sale. Our guess is that his prized possession will hold a special place in his collection, and the tale that it tells will be told for generations.

But thanks to Roman's gracious permission to reproduce and our team's unyielding determination, you have one more chance to own the authorized replica. Only 999 replicas will ever be produced so reserve yours now before the opportunity is gone - again, and forever.

Have a new coin idea? Want to talk about an existing order? Looking for information about a new product coming soon? Our team is here to help! Reach out today!

Or reach us via email at service@booteencoins.com

Ask us anything! We'll get back to you within 24-48 hours