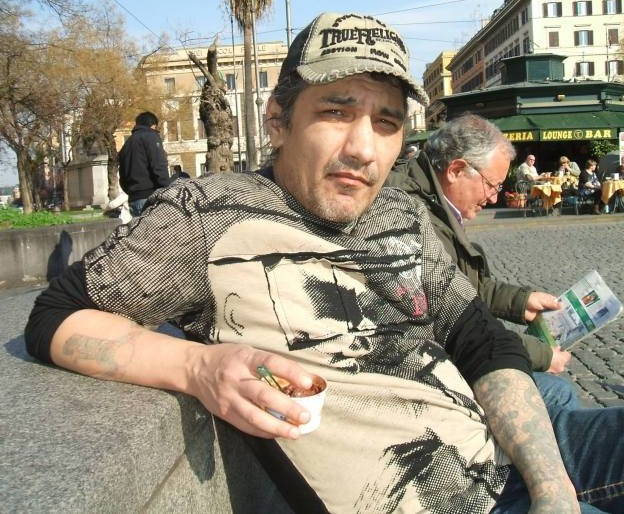 MEET THE ARTIST  Based in Russia, rising star Roman Booteen (spelled Butin) maintains a mysterious level of anonymity, while producing hobo nickel creations which regularly shock the coin collecting community with both their subject matter and complexity. His carvings include pop culture figures, and he often plays with exaggerating and softening the facial features of his characters giving them a real sense of personality. Learn more!

A Rare Message from the Master...

The following is a quote direct from Roman Booteen's Instagram comments. We re-post it here so that you can see first-hand Roman Booteen's level of artistic & moral integrity.

I would like to take this opportunity to clarify some things.

DO I SELL? Of course I sell my work. All my work is sold, including the lighters and all coins. Everything you see has been sold and is “long gone”. There is no secrecy about this.

Additionally, I do not have the opportunity to participate in open auctions. Most coins are sold within a few hours of release. 90% of my buyers are not citizens of the Russian Federation. The way these sales are facilitated is as follows: an interested buyer sends me a private offer. I consider and then accept or decline it. My only mandatory condition is that the coin must be released to someone within the Russian Federation. For the buyer, that can be be a friend or some other intermediary, but it rests upon the buyer to make this arrangement.

Up to 100 times a day I am asked , “how much for such-and-such coin?” Or about a range of prices. I do not SET the prices, I merely agree to offers made. I do not necessarily agree to the highest price that I am offered. To be honest, there is not a big difference to me between $8k or $15k. Both are large amounts of money. I would rather not sell my work, but must do so by necessity. Thus, what is important is the ease with which the deal can be consummated. A recent buyer was from my own city, which was perfect. I refused offers that were twice as much because of the ease of the transaction.

Additionally, previous buyers are more desirable clients. They already have an familiarity with the process. As I said above, I do not set the prices. However, this year they have ranged from $10,000 - $17,000 per coin.

I DO NOT ACCEPT COMMISSIONS. EVER.

This stems from my own personal conviction that every person imagines the finished product a certain way, through their own artistic sensibilities. Because of this it is impossible for the designer and producer (me), to have an identical vision. This has already been attempted and it was a failure. In addition, accepting a commission imposes upon me deadlines, material deposits, and endless back and forth discussions. Working this way is demoralizing.

Lastly, working under someone else’s vision does not inspire me. My work is inspired through my own vision and that vision is what produces the quality of work you so admire. No commissions.

In regards to COPIES: I don’t make copies of my work. Not even for myself. All pieces are original. Sometimes I “explore a theme”. There have been times in which I worked out two variations of a piece. In my opinion both were successful. Some ideas are repeated, but never full reproductions of an original piece. The copies you see are either Chinese knockoffs or the new owner of the coin (the purchaser) has decided to have a line of reproductions made. That is their choice. When I release the coin into their ownership I also release all claims to it and reproductions. I do have some buyers that work with a firm that makes reproductions. I receive no commission of any sort from this firm. The only money I receive is from the original sale. If a buyer wants exclusive rights, with no authorized copies, I understand this. However, I cannot stop unauthorized copies from being produced. If a Chinese firm produces their own unauthorized version of one of my coins the onus of the ensuing copyright fight is on the shoulders of the buyer, not me."

The Shredder to End All Paper Shredders

Moments after a rare Banksy painted masterpiece - Girl with Balloon - sold at a Sotheby's auction in 2018, the record-setting 1 million British pound treasure began to self-destruct.

But as fortune would have it, Banksy's scandalous prank came to a sudden halt, leaving behind a new masterpiece in its place: Love is in the Bin. Watch the incredible video here:

No tribute to Banky's self-destructing art could be more serendipitous than Booteen's Banksy Coin - the coin that almost shreds an inserted piece of paper.

After engineering the coin's mechanics and hand-carving the design for months, Booteen finally threw in the towel and moved on to new challenges.

Eager to play a small role in the story-within-a-story, Heads or Tales acquired license to the Banksy Coin. We'll see what we can do to work out the kinks, and maybe even make available for your consideration the 3rd installment in the Booteen Collection.

The Booteen Banksy will be released any moment - sign up and be the first to know!

The Roman Booteen Collection expands in spectacular fashion with the Gold Bug coin!

Few can guess what subject matter may be the next to pique the boundless imagination of master coin engraver Roman Booteen.

Booteen's 2017 Trap with the Golden Bait became an overnight sensation, with fan videos online racking up tens of millions of hits in almost no time at all. And just when you think you've seen it all, Booteen once again makes you question your perception of what limits there really are in the area of a coin.

Roman wasted no time in dreaming up and bringing to life the Gold Bug, selling it at auction for a whopping $9,200 to another lucky collector.

And for the benefit of fans worldwide, Booteen has once again authorized a limited edition replica, giving up to 999 lucky collectors across the globe a piece of his legacy once again.

Add the latest Roman Booteen authorized replica to your collection, hopefully sharing space on your shelf next to your Trap with the Golden Bait, which has already increased in price by 40% due to unprecedented global demand.

Trap Coin with the Golden Bait!

When we think of icons, rarely do we conjure up images of things only a few months old. Icons have history, proven cult followings, or at the very least some unspoken idea that they are anything but iconic.

But when Roman Booteen auctioned his 1921 Morgan Dollar Hobo Nickel in August for $10,101 it became an overnight icon.

This is not any old Morgan Dollar.

Booteen created the most exciting bas-relief sculpture the world had ever seen on a Hobo Nickel – ‘The Trap With the Golden Bait’. The obverse is domed, but it is the reverse that is the real star. This carved dollar features a 1945 Gold Dos Peso core, surrounded by a spring-loaded finger trap. With the trap open, it becomes part of the border work, but try to steal the gold bait and it snaps shut. Around the circumference a matching inscription by Sir Walter Scott reads: Aurum multo magis animas perdidit, quam ferrum corpora cecidit. The meaning - “Gold has killed more souls than iron”.

Never before has a coin like this existed in the market.

Within days, Booteen experienced an influx of requests from excited collectors. Where to buy his incredible coin?

Unfortunately, it was sold, and there was only one – until now.

Hotco.co has secured the exclusive rights to Booten’s design. We are proud to announce Roman Booteen’s “The Trap With the Golden Bait” is due for release early next year. This icon has a limited edition minting of 1000, so naturally it will disappear fast. And like the original coin, thousands of would-be investors will miss out again.

If you missed out, here’s your second chance.

Needless to say, this is one coin all investors are hungry to get their hands on. So don’t wait, contact us now at Hotco.co now for presales. Or join our mailing list and find out first when this amazing coin releases next year.

Have a new coin idea? Want to talk about an existing order? Looking for information about a new product coming soon? Our team is here to help! Reach out today!

Or reach us via email at service@booteencoins.com

Ask us anything! We'll get back to you within 24-48 hours